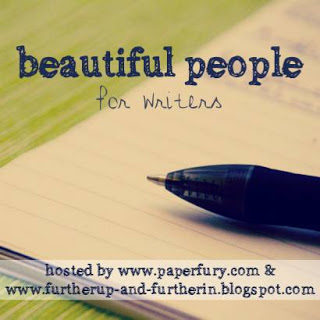 What are their first childhood memory?

One of Quill’s most vivid childhood memories is of the day he met Ransom. It was at Ransom’s sister’s wedding and both young boys were tired (and a little cranky) from being dressed up all day long. Their mothers, who had been friends since college, encouraged the boys to play together for the afternoon.

When he remembers Ransom’s first words to him, Quill always as to stifle a laugh… “My sister just got married. I had to dress up all fancy and stupid, but it was nice, I guess. She won’t stop smiling. Hey! You wanna get married? We can be married and then you won’t have to frown anymore ’cause you’ll be happy all the time like my sister.”

What were their best and worst childhood experiences?

Quill’s best childhood experience was becoming a big brother and his worst was when he broke his arm falling out of a tree house.

Quill’s parents still live in his childhood home. It is an older, Victorian style house that was cozy when family came to visit, but still had enough space that people weren’t stepping all over each other. He enjoys being able to visit the house he grew up in and has many good memories that were made there.

What’s something that scared them as child?

When Quill was very little, he was scared that aliens would come and take him away in their spaceship.

As for Ransom? He always said that he wasn’t scared of anything, when he actually was a little afraid of the dark.

Who did they look up to most?

Quill has always been enamored with Amelia Earhart and would love to get his private pilot license and fly his own plane to different locations. Of course, he needs to somehow earn enough money to pay for pilot school AND the payment on a plane, lol.

Quill thinks that pie is the best thing in the entirety of the world and Brussels sprouts are from the devil. When he was little, Quill’s favorite pie was apple pie but his tastes have changed as he’s grown older and he now prefers strawberry rhubarb pie. His mother tried to feed him Brussels sprouts once and never attempted it again.

Ransom likes his mother’s chili the best. It is a recipe that’s been in his family for generations and he has grown up eating Mexican food. His Abuela has been known to rant for many minutes on the tastelessness of Americanized Mexican food. While he isn’t actually a picky eater, Ransom prefers a lot of meat in his diet and not so many vegetables. He has always taken a bit of convincing to eat anything green or leafy.

If they had their childhood again, would they change anything?

The only thing Quill would change about his youth is the year in high school where he was terrified that something was wrong with him, that somehow he was broken and that his brokenness would be found out and he’d be hated for it.

What kind of child were they? Curious? Wild? Quiet? Devious?

Quill was a quiet child, but extremely curious about the world around him. He was always getting caught in places that he wasn’t supposed to be because he would let his best friend, Ransom, talk him into exploring the woods near their houses.

What was their relationship to their parents and siblings like?

At first, Quill was jealous of all the attention his little sister was getting from the adults in his life. He had been an only child for seven years and suddenly there was this screaming, red-faced baby taking his parents away from him. It took a few months for Quill to stop feeling jealous and to understand that babies just need a lot of attention and that his parents still loved him. After ‘Lizabet grew out of her colicky stage, his parents would spend one-on-one time with Quill to make sure he didn’t feel left out.

Quill loves his parents and appreciates their support of him and his little sister. Even from across the country, he feels safe and loved because he knows that his family is there for him.

Quill wanted to be a firefighter when he grew up and even though he went to school to become a librarian, he has considered becoming a reserve firefighter and working part-time at a local firehouse.

When he was little, all Ransom wanted to be when he grew up was a pirate! Sadly, he learned that piracy isn’t a legal way to earn one’s income and chose instead to go into technology. He now works with a police cyber crime unit.